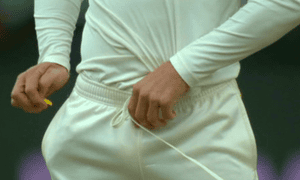 Mason Crane has dreamed of this moment all his life. The moment when he stops being a spectator and takes on the role of participant in the gladiatorial world of test match cricket. As he stands at his mark and prepares to bowl his first delivery, an expectant hush descends over the S.C.G.

Crane is the tenth genuine spin bowler to play test cricket for England in the 21st century. Of those, three could be deemed a success (Swann, Panesar and Moeen Ali). Of the other seven, none of them played more than Adil Rashid’s 10 tests, and none even get close to Rashid’s 38 wickets. In fact, Tredwell, Dawson, Patel, Ansari, Batty, Borthwick and Crane have a total of 39 between them.

England aren’t alone in this with Australia ‘experimenting’ with the likes of O’Keefe, Krejza, Agar, Maxwell, Doherty, Holland, White, Beer, Casson, Hogg and McGain in trying to fill the post-Warne vacuum. It’s taken four years for Ashton Agar to even return to the Australia squad after his test debut in an away Ashes series at almost the exact same age as Crane is now.

So spin bowling is a difficult craft and establishing yourself as a spinner in test cricket takes resilience from the players and wisdom from selectors and team captains. And spinners tend to continue to improve with experience. The blossoming of Graeme Swann for England and Nathan Lyon for Australia in their later twenties have demonstrated the value of patience for test spinners.

Famously, Shane Warne’s first match figures were 1/150 against India at this same venue. After just half an innings of test cricket, Crane has figures of 1/135 after 39 overs. His captain has shown faith in continuing to bowl him, but his pitch map looks like a sheet of paper after my 3-year old has been let loose with a fresh set of stickers, and he’s been unable to stem the flow of runs from the Aussie batsman. However, the Australian selectors stuck with Warne and he bowled a spell of 5.1 overs, 3/11 in his third test against Sri Lanka before bowling Australia to a win in front of his home crowd at the MCG with 7/52 in the fourth innings against the West Indies in his fifth.

Edit: Since writing, Crane finished the 1st innings with 1/193, the most expensive England debut ever and 5th from all nations.

Hopefully, the selectors will show the same faith in Mason Crane.

I like to take my son swimming some weekends. We live right near a couple of pools, but I drive 20 minutes in the car to take him to a pool that has a kids’ pool next to the adult version. The deepest it gets is about a metre and the water’s a lot warmer (hopefully intentionally rather than due to the undoubted urine content). I want him to build confidence, develop his skills and have positive experiences to fall back on when we make the step up to swimming out of his depth.

In the Premier League, young players struggle to get appearances, but there is a widespread acknowledgement of the need to ease players in gradually. A promising player will almost invariably debut in a home game, often against inferior opposition and in a lesser competition than the all-important league matches. If they do well, they’ll get gradually more challenging assignments.

The Ashes is the ultimate competition in cricket. Australia are almost always a powerful side at home and playing a debutant spinner in that environment against the likes of Steve Smith and David Warner isn’t like throwing them in at the deep end so much as dropping them from a helicopter into the shark-infested surf of Jefferies Bay.

Whilst talking about the struggling Moeen Ali last week, Graeme Swann recalled his strategy for rebuilding confidence by watching old footage of his best bowling spells. Having those previous experiences can help a player who is finding it tough, as long as they have plenty of past successes already to draw on.

Mason Crane may take more wickets this match. He is undoubtedly a talented cricketer and good ‘leggies’ are hard to find. He may even end up improving his figures to the point of respectability. But Mason Crane is 20 years old. Mason Crane has played in 29 First Class matches in his lifetime. He should have been given the opportunity to develop his game, grow in experience, make his test debut in familiar conditions and against opponents less likely to crush his confidence as they crush his long-hops into the boundary ropes.

Mason Crane may in future be England’s greatest spinner. But right now, he’s just been thrown in at the deep end.

As the Boxing Day test mumbled its way to an inevitable draw, appropriately concluding test cricket for 2017 with Steve Smith unbeaten at the MCG crease, I was forced to reflect on the media coverage of this match and the series in general.

As an avid sportsman and sports fan, I look forward to these significant meetings and, trust me, as an Australian living in the U.K., the Ashes are about as significant as it gets.  Heading into work or meeting friends after an Ashes test inevitably involves all the usual dissection of key moments of the most recent match and, with bragging rights at stake until the next series,  I appreciate every time ‘Under the Southern Cross’ is sung!

Growing up in Melbourne and playing cricket in every available moment when a bat and a tennis ball were all that were needed to get a game going, cricket was my first sporting love.  Those bleak years of the 1980s, responding to England victories with childish taunts to the pommie players (“David Gower never has a shower!”), probably fuelled my desperation for baggy green brilliance in a way that was mirrored in the tough, desperate cricket of Allan Border and his teams through the following decade.

However, even a fan as ardent as I am has to stand back and wonder at the media circus surrounding this latest tour of Australia.  Surely, with the rich heritage of Ashes cricket, the action on the pitch should be more than enough.  I feel as drunk as a centrally-contracted England player trying to follow the dizzying latest ‘stories’ of off-field indiscretions and antics. Do we, the viewing public, really need to be shunted from one bar to the next along with the touring squad? Is the richly-varied ebb and flow of a test match, with its myriad subplots of individual battles, aspiring debutants and under-siege veterans, broken hearts and broken records not enough in its own right?

I feel that it’s about time the sport took centre stage.  Look, if a player is under investigation by the police, it’s probably appropriate that this is reported and that the player in question is suspended from the great privilege of representing their country in a sporting contest (as would happen in virtually every other profession).

However, maybe it’s naive to even speculate, but if we as spectators have one wish for 2018, perhaps it should be that we’re all able to concentrate on and marvel at the sporting talents and tribulations on display a little more than we have over recent months. As such, my New Year’s resolution, starting with next week’s 5th test at the S.C.G., is to skip the ‘clickbait’ of off-field stories and refocus on the purity of sport in all its glory.

After all, who cares whether David Gower takes a shower?  It’s all about whether Steve Smith can make another hundred.